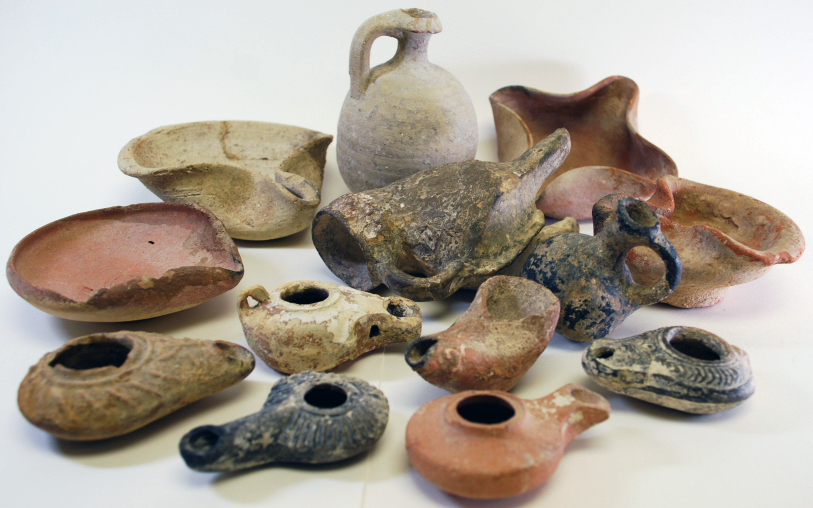 This collection of pottery is on permanent display in the James Library. It consists of ten olive oil lamps from various time periods, two olive oil juglets, and one zoomorphic ceramic vessel. The pieces were purchased by an RCC instructor who traveled to the Middle East in the 1960's.

For thousands of years, small ceramic lamps were used to illuminate homes and temples. Hundreds of these lamps have been excavated, most of which are no more than a simple, saucer-like vessel. Earlier lamps were wheel-thrown, while later lamps were formed from clay rolled into a sheet and pressed into a mold. Wicks were generally made of flax or hemp and were draped over the edge of the lamp. Olive oil was the preferred fuel, but other vegetable, nut and animal oils were also used.