In Their Own Words: NC Authors Speak

Through the Needle's Eye is told through the authentic voice of Jessie, a precocious girl raised in the Blue Ridge Foothills of Southern Appalachia after World War II. Saddled with an alcoholic narcissistic father and a passive mother, Jessie is charged with mothering her siblings as generational curses and poverty never cease to overwhelm her family.

As providence would have it, Granny Isabelle, a toothless, wizened humpback spitfire who spouts scriptural admonitions like spears, sets her eagle eye upon Jessie, the child neither parents nor teachers think worthwhile. Sporting a ridiculous paper bag hat, Granny Isabelle chucks clods of dirt with a garden hoe as she earnestly works every stitch of ground to produce beds of corn and green onions to be hawked at nearby markets for nickels and dimes. Through keen intuition and a special bond, she provides a haven for Jessie's survival to help motivate the child beyond her circumstances. Smokey, a flea infested hound offers Jessie companionship, while kind Uncle Rudy commissions her to dance and laugh with abandon. At the end of the day, Jessie and her grandmother stand together, both yearning to find that missing puzzle piece of life, hopeful that one day this undesirable child might choose to travel amongst the heavenly host, past some glittering stars, to proceed right through the needle's eye.

Viola Gentry of Rockingham County, North Carolina, learned to fly in 1924 and quickly achieved greater heights. In 1925, the aviatrix took her first solo flight. The following year, she flew under the Brooklyn and Manhattan Bridges, and in 1928, she established the first officially recorded women's solo endurance flight record. She became the first federally licensed female pilot from North Carolina that same year. She was a national celebrity, and her job in a New York restaurant secured her the nickname the “Flying Cashier.” Gentry became personal friends with fellow pioneers of aviation Amelia Earhart, Wiley Post and General James “Jimmy” Doolittle. After a near-fatal crash, Gentry focused her efforts on championing aviation for women and preserving its early history. Author Jennifer Bean Bower reveals the life of one of the great women in Tar Heel State history. 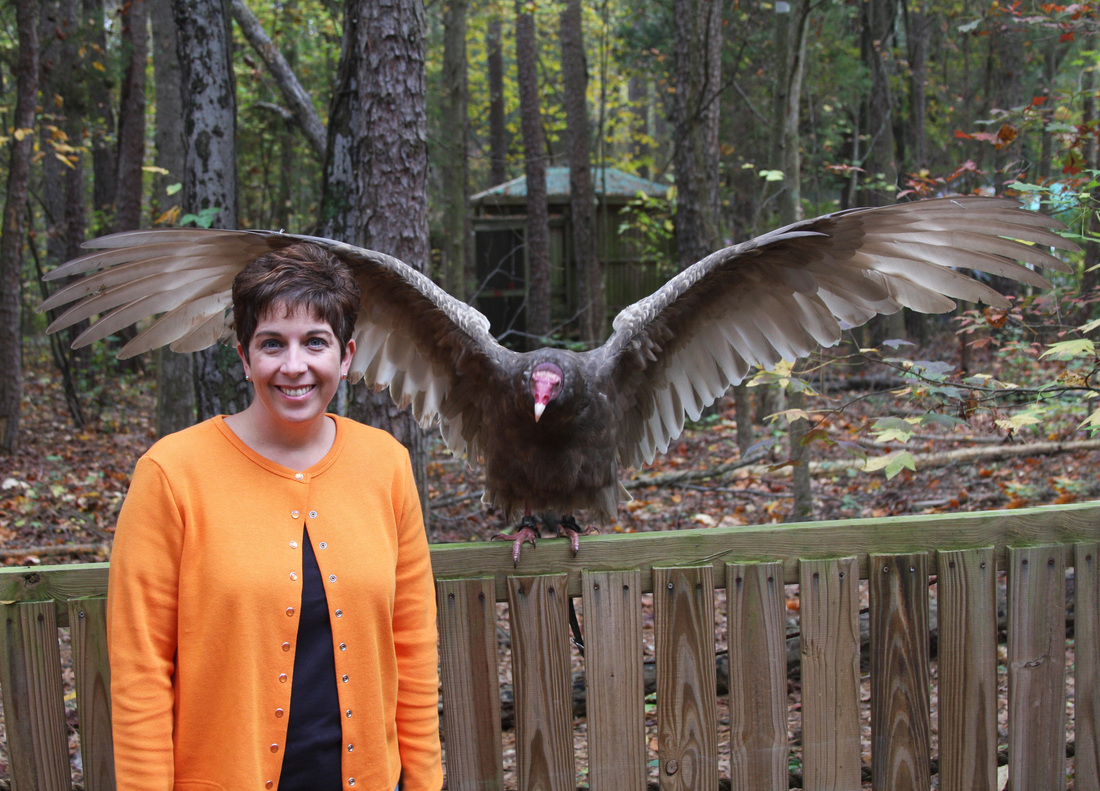 While Ms. Bower chose not to be videotaped, she shared with us the fascinating history of Viola Gentry, a North Carolina aviatrix, who was determined to fly. If you ever have the opportunity to hear Ms. Bower speak, we strongly urge you to attend. You can find out more about her books and events at her homepage: Jennifer Bean Bower.

K.D. Edwards, author of the Tarot Sequence series, joins us to read from his debut novel, The Last Sun, and to talk about the sequel, The Hanged Man. Engaging the audience in an invigorating question and answer session, K.D. discusses research and writing for publication.

In this debut novel and series starter, the last member of a murdered House searches for a missing nobleman, and uncovers clues about his own tortured past. Rune Saint John, last child of the fallen Sun Court, is hired to search for Lady Judgment's missing son, Addam, on New Atlantis, the island city where the Atlanteans moved after ordinary humans destroyed their original home. With his companion and bodyguard, Brand, he questions Addam's relatives and business contacts through the highest ranks of the nobles of New Atlantis. But as they investigate, they uncover more than a missing man: a legendary creature connected to the secret of the massacre of Rune's Court. In looking for Addam, can Rune find the truth behind his family's death and the torments of his past?

John Francis Trump talks about his book: Still & Barrel: Craft Spirits in the Old North State, which explores the state of locally produced spirits that use North Carolina agriculture and highlights the disparate ways to craft liquor. He traces the history of manufacturing moonshine whiskey, gin, vodka, and rum in North Carolina from its beginning through today's artisan movement. In discussing the many varieties of liquor distillers, he shares with us what he learned while researching North Carolina's rich history of craft brewers.

B. Lance Jenkins joins us to speak about the people and events that inspired his debut novel, A New Requiem.

A 17-year-old boy is murdered, and a gay community chorus director and teacher is wrongly accused. The small, radically-fundamental town mounts against the alleged perpetrator, whose identity so starkly contrasts with the community's social norms, and a local defense attorney must sacrifice everything to save the man he knows is innocent. A thrilling story of good and evil, A New Requiem entertains with whimsical humor while constantly pulling at the heartstrings in a call for empathy and understanding toward things different than what we are used to.